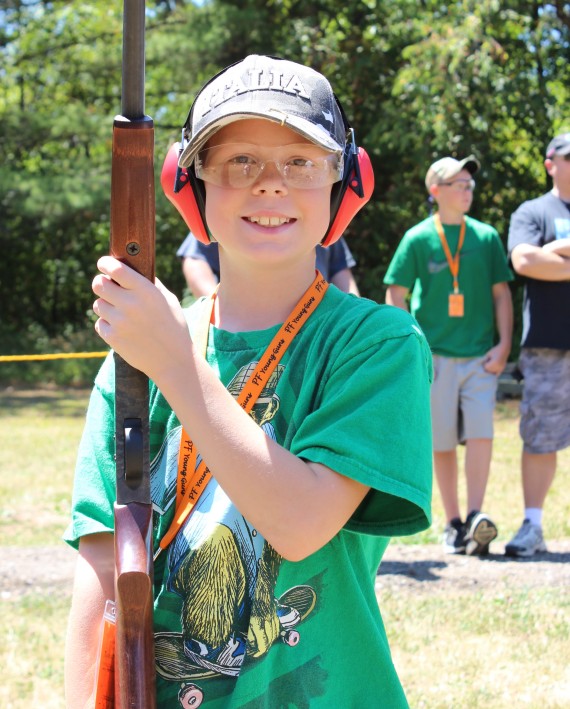 Between sixty and seventy kids participated at the event which saw shooting for about four hours.  There was absolutely no charge for the ammunition or lunch which was provided. 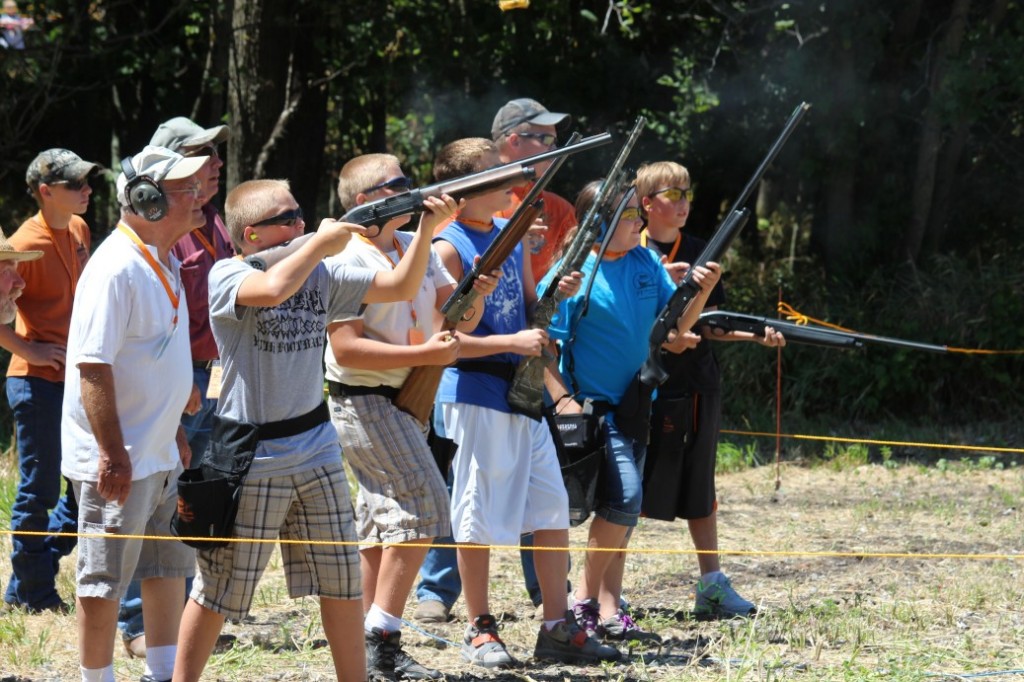 It was the first visit to the Foosland club for the Young Guns program which works to teach young people safe and responsible firearm use.  About two dozen volunteers began set up at 8:00a.m.  Kids began arriving shortly before noon and after a short safety briefing, the kids were turned loose to migrate to the various shooting stations.

Kids had an opportunity to shoot various types of clay targets, including standard trap, incoming birds, rabbits and more.  There was a couple of rifle shooting stations, a splatterboard and more.

Fred Magers, one of the coordinators of the Young Guns program, said they spent upwards of $21,000 in ammunition last year and roughly $60,000 total in their youth shooting programs.