ALDERMEN SCARED! Chicago’s aldermen are frightened by crime and their constituents! 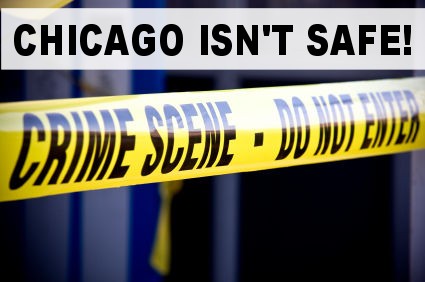 It’s bad enough that the Chicago Sun-Times published a lengthy, shocking expose on how even Chicago’s Alderman are frightened by Chicago’s spiraling violent crime in general, and their own constituents in their districts  in particular.

Chicago’s Aldermen have long been privileged creatures, insulated from most street crime (although not from the FBI putting the bracelets on them), but not any longer.

Excerpts from the Sun-Times article:

— Ald. Sandi Jackson (7th), whose South Side ward includes an area known as “Terror Town,” says she always double-checks to make sure no one with a gun is lurking before she backs into her own driveway.

— In Austin, Ald. Emma Mitts (37th) says she tries not to let fear get the best of her but knows that’s hard for her mother, who lives with her. So she hurries to get home before the streetlights come on at night to keep her mother from worrying.

Over Memorial Day weekend, a college freshman home for the summer was shot to death just five doors down from Austin’s sturdy A-frame home in Roseland on the city’s South Side. He was a friend of her grandson.

“I don’t really want to say this, but now I’m frightened,” says Austin, who lives within a couple of blocks of where three murders and one other shooting took place in the period the Sun-Times analysis covered. “Now, I’m afraid of dying.”
–Ald. James Cappleman lives with his partner, Richard Thale, in Uptown a short walk from the Aragon Ballroom and the area Mayor Rahm Emanuel hopes one day will become a rock ’n’ roll tourist mecca. It’s just as close to a shooting gallery of warring gangs.

“There have been times I’ve panicked,” Cappleman says.

Second City Cop summed it up nicely:  “these are the fools who think disarming everybody is the answer. They can’t even begin to protect their constituents and neighbors from the thugs, so they figure the best way to deal with it is to make it impossible for anybody to resist the thugs. Huh?”

We would like to give a huge hat tip to Days of our Trailers for turning us on to this story!

4 thoughts on “ALDERMEN SCARED! Chicago’s aldermen are frightened by crime and their constituents!”