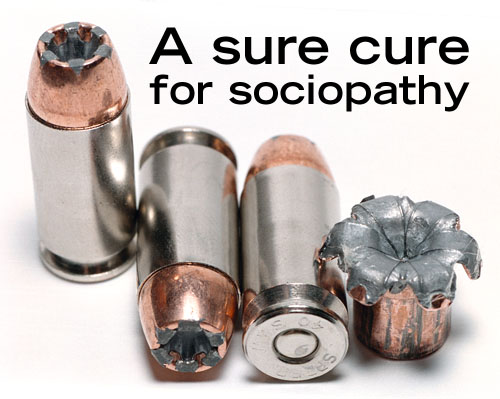 (GunNews) – Springfield, Ohio police were a little suspicious of the man who told them he couldn’t recall who shot him in the face or where the shooting took place.

It didn’t take long to put two and two together when a report came in from a nearby hospital from a woman who have driven herself to the hospital for treatment from a sexual assault.

She told officers that a man had held a gun to her head and raped her at a business and at some point in the encounter, she was able to wrest the gun away and POW! she shot the man in the face.

She fled the scene and drove to the hospital, no doubt with blood on her that probably wasn’t hers.

Man claims he’s not guilty, but we’ll see what the DNA tests have to say.  Perhaps he’ll argue the gun to the woman’s head was just some kinky sex?

That still doesn’t explain the shot to the face!

Here’s the story.  Not sure how we missed it!  Hat tip to Buckeye Firearms!

SPRINGFIELD, OH (WHIO) — A Springfield man remained in the Clark County Jail on Friday night after he pleaded not guilty to rape and kidnapping charges arising from a woman’s report to police that she shot him after he assaulted her.

…She told police she was able to wrestle the gun from Portman and shoot him before she drove to Good Samaritan Hospital in Dayton for help.

Detectives interviewed Portman on Thursday after he initially told investigators he couldn’t remember who shot him or where he was when he was shot. Portman was arrested based on those comments to police.